Couple of weeks ago I saw this tweet from Mike: 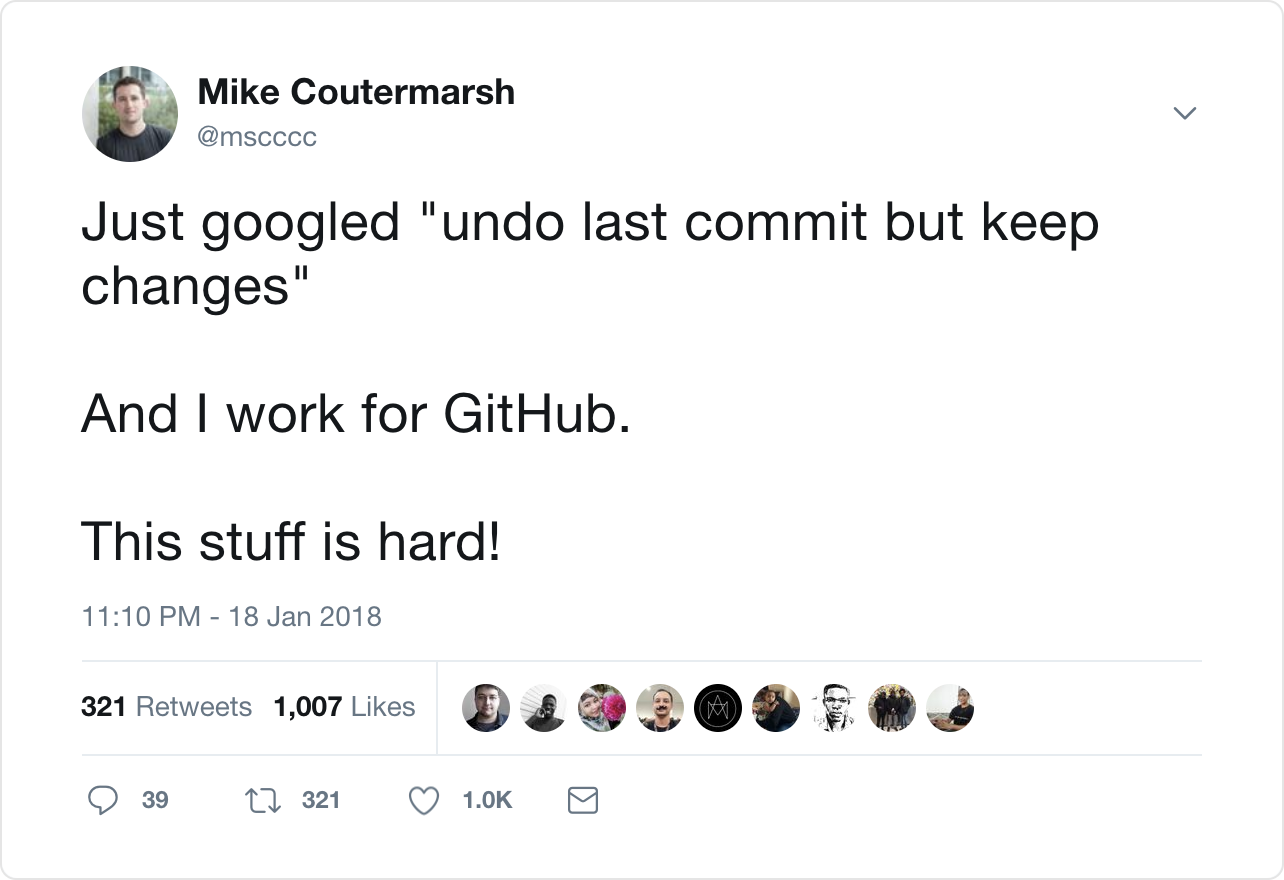 I had similar problem couple times when dealing with Git. So, I created the following git command:

It is far easier to remember 😎

Git is powerful, but its build in commands can be confusing. Pretty much everything is possible but sometimes is so complicated it might as well be impossible. Because of this, I have a lot of helpers for Git.

In Git config files you can create aliases. Part of my .gitrc are the following aliases:

The other way you can extend Git is to create custom git commands by creating scripts starting with git-command-name and put them in your load path.

Then you can call git command.

I have a couple of those.

I create Pull Requests all the time because I work with feature branches. Because of this, I have git pull-request which pushes the current branch to GitHub and opens the new pull request screen.

While working on features, the master is changing. Keeping your feature branch up to date with the master is essential. So I have git rebase-on-master

After I'm done with a branch, I have to remove it. So I have git delete-merged. It removes all merged branches compared to your current branch. It is useful when you pull a master after you have merged a feature branch

Those are some of the most significant productivity boosters, I have to deal with Git. I have couple more tricks you can find in my config files.

The (not a) conference would be held 28th April at The Generator (Sofia, Bulgaria). It is free to attend. ⚛️🚀

Why I prefer Alfred instead of macOS build in spotlight search and what Alfred workflows, I use.